For the past week or so, I’ve been doing research at the Rock and Roll Hall of Fame Library and Archives. Sometimes you run across interesting items that have nothing to do with what you’re researching. Like this 1971 memo from Warner Brothers executive Mo Ostin rejecting a tape from Christopher Guest, Michael McKean, and a couple unnamed musicians:

“After a careful listen, we came away awfully impressed by the great country instrumental performances of which the band is capable. However, we just couldn’t shake the feeling that the vocal weaknesses of Guest & McKean are strong enough to stand in the way of our adding their names to an already crowded artists’ roster.”

Guest and McKean, of course, would about a dozen years later front Spinal Tap. Back in the early 1970s, McKean was part of the radio comedy group the Credibility Gap, along with another future Spinal Tapper, Harry Shearer: 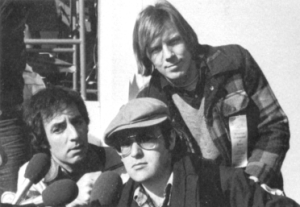 Adding insult to injury, attached is a brief evaluation sheet from producer Ted Templeman. The instrumental performance is rated “great country stuff.” The vocal performance is rated “No good.” The material is rated “also no good.” The eight lines of space given for comment contain just one word: “Pass.” (Templeman’s most noted for producing early records by Van Morrison, the Doobie Brothers, Montrose, and Van Halen, as well as being in the late-‘60s group Harpers Bizarre.)

Funnily enough, McKean would record for Warner Brothers as part of the Credibility Gap just a few years later. Maybe the tape he made with Guest that the label rejected was a country-rock satire, and Templeman and Ostin thought it was a “real” group? 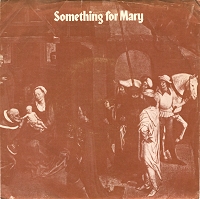 A rare 1973 Warner Brothers single by the Credibility Gap.

At one time, incidentally, McKean was part of a very well known “real group.” He was briefly in the Left Banke, but not during their early prime.

Also in that file were a couple great licensing rejections of UK bands from Russ Titelman, the producer most known for working with Randy Newman. Van Der Graaf Generator is dismissed as “prima donna rock.” Edgar Broughton: “varying degrees of sheer boredom.” 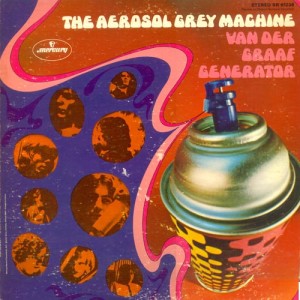 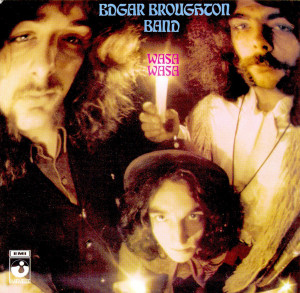 Now both of those bands had and have their champions, some of whom would get incensed by the pithy flippancy of those thumbs-downs. But I find the waste-no-words phrases refreshing in their blunt honesty, given that some other executive memos of the time parse their rejections in terms like “this is really exceptional, but not quite exceptional enough for our high standards,” “fine stuff, but we’re not the right label for it,” “excellent, but no room on our roster for this artist at this time,” etc.

The 1971 Guest-McKean tape itself, unfortunately, was not in the file. So I can’t tell you whether this unnamed Guest-McKean outfit was the lost Flying Burrito Brothers, or, perhaps better yet, the equivalent of a country-rock Spinal Tap.

One thought on “The Great Lost Christopher Guest-Michael McKean Tape”