Due for publication on Da Capo Press on May 15, Ain’t It Time We Said Goodbye: The Rolling Stones on the Road to Exile is the third book Robert Greenfield’s written on the Stones in the early 1970s. It’s also the slimmest, built around the band’s fairly brief March 1971 “farewell” tour of the UK before leaving England to take up residence in France as tax exiles. Greenfield was along for the tour, and fleshes out the one-or-two-sitting read with after-the-fact inside stories he learned later (sometimes years later); an amusing account of extracting a lengthy interview out of Keith Richards over the course of many days in France in 1971; and a few accounts of hanging with the Stones the following year (particularly while Exile on Main Street was mixed in LA in early 1972). At least some of the stories and quotes also appeared in Greenfield’s Exile on Main Street: A Season in Hell with the Rolling Stones; since neither book is indexed, it’s hard to make an exact count. 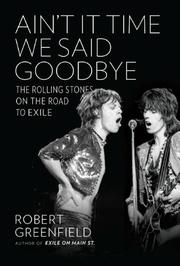 Still, I kind of like Ain’t It Time We Said Goodbye. It’s more humbly and humorously written than his other two Stones volumes. If you want some he-was-there insights into the band’s quirky and changing dynamic, you’ll get those in the observations of tension Mick Jagger’s then-new relationship with bride-to-be Bianca was causing; the struggles of Keith Richards and his then-common-law wife Anita Pallenberg to kick drug dependency; and the stranglehold Mick and Keith already had over the group, the other three often waiting around for the two figureheads to deign to show up before they could get going onstage or in the studio, granted neither explanations nor apologies. Richards in particular seems like a pill to be around, flaunting his nobody-tells-me-what-to-do power whether insisting his dog be allowed to travel with him on a plane (eventually Charlie Watts comes up with a bag for “Boogie”’s ride in the hold) or prying the door off a locked dressing room rather than wait for the promoter and his keys.

If you’re one of those nerds who actually cares about the music as much as the sideshows, there are some bits that have survived only because Greenfield happened to be around. There’s Marshall Chess of Rolling Stones Records, for instance, bugging Jagger at the dinner party after the first gig in Newcastle. Sticky Fingers was about to be issued—contradicting all post-1970s marketing wisdom, the Stones were touring right before its release—and Chess had to coax the track sequence out of the band. Or, rather, out of Jagger, the chief decision maker when you came down to it. “More than twenty minutes on a side and you lose level,” Marshall told Mick. “You know that. It’s how they cut the grooves. So we have to work out the running order.”

Failing to make much progress as the evening wears on, Chess even asks Jagger to cut a verse out of “Moonlight Mile,” all in the name of getting Sticky Fingers into the shops with maximum fidelity. Mick’s response after a few minutes of Marshall’s spiel: “What, Marshall?” 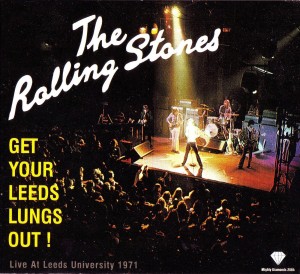 One of many bootlegs of the Rolling Stones’ concert at Leeds University on March 13, 1971.

Even with Sticky Fingers due for release in a month’s time, there was still a chance, according to Chess, that Jagger would go back to the studio to re-record some vocals. He never did, in part because the Stones really had to be out of the country at the end of the month to start their tax exiledom. In fact, that’s the reason the band were touring in advance of Sticky Fingers’ release in the first place, even playing some songs (“Dead Flowers,” “Bitch,” “Brown Sugar”) from the LP in concert that had yet to be available. Imagining that happening today, when everyone from label heads to lowly copyright lawyers would be predicting instant death if original songs were aired before commercial availability, or worse.

I’m not sure whether this has previously appeared anywhere, but there’s also a quote from Mick Taylor’s wife of the time, Rose, that gives you more insight into the younger Mick’s frustrations with the Rolling Stones than anything I remember reading in an actual Mick Taylor interview:

“The tour wasn’t really fun because even at that point I think Mick Taylor realized he had made a mistake by joining them. Even then. Because he could have done other things. He could have gone and joined Paul Butterfield. He could have done music he was more interested in than rock’n’roll. He could have played the blues. And jazz. He was also taking classical guitar lessons. His music interests were very wide and if he had done something that he had been the boss of, it would have been better for him than taking this job which of course everyone said, ‘Oh, you have to do this. It’s so wonderful.’

“In all the time he did it, he never ever thought it was wonderful. Ever. If he played well, it was okay except that Keith would turn his amp down. Or he would only have the time of his solo to play well and that was that. If he played badly, they applauded anyway so he felt there was no discernment on the part of the audience. He didn’t feel he was making any contribution that was really important. He was so sensitive. And he was never satisfied with what he did with them, really.” 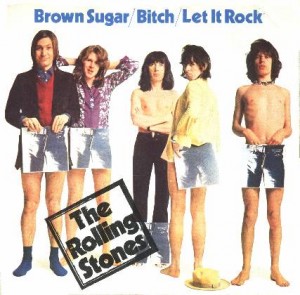 In the UK, one track from the March 13, 1971 concert at Leeds University, “Let It Rock,” was released on a three-track single.

Even some of the more marginal hangers-on come up with a story or two worth hearing. Jerry Pompili, in charge of the tour’s security, somehow got tasked with transcribing lyrics for “Bitch,” “Brown Sugar,” “Moonlight Miles,” and “Can’t You Hear Me Knocking” so they could be copyrighted (quite possibly to guard against infringement after the Rolling Stones played Sticky Fingers material on this very tour). He actually went to Jagger’s house to

“drop a needle on them and try to figure out what the hell he was singing. Which was not really all that easy. I played the acetates over and over and wrote down all the lyrics I could understand by hand. Then I took the pages back…and Mick came into the office and looked at them and that got his memory going so he was able to fill in most of the blanks. We had one disagreement and it was on ‘Can’t You Hear Me Knocking.’ There was one line that sounded to me and everybody else like ‘Yeah, I’ve got flatted feet now, now, now,’ but Mick swore that was not what he had sung. He couldn’t remember what it was, so we just went with ‘Yeah, I’ve got flatted feet now, now, now.’”

Decision-making at the highest level really wasn’t as corporate those days.

Nor was landing an audience with one of the biggest rock stars in the world. Assigned to interview Keith Richards by Rolling Stone, Greenfield simply drove to his legendary base in Nellcôte, walked in the unlocked door, and got a hearty hug from the man, though the pair had barely interacted during the farewell tour. On his next visit, things weren’t going quite as well, Anita Pallenberg asking Greenfield, “Did you bring us something to smoke so we can all get high, yes?” It so happened Greenfield had just been given some hash by a PR guy in Cannes, and after it was passed around and given Keith’s blessing, “I was now most definitely persona grata at Villa Nellcôte.”

And when Greenfield was having trouble pinning Keith down for a finale to the interview, he did what anyone would have done in those circumstances, back in 1971, at any rate. He called Marshall Chess, who immediately flew over from London. After a closed-door Chess/Richards meeting, Greenfield got everything he needed the next morning. Now that’s corporate efficiency, even if the author had to wait around Nellcôte as endlessly as Watts, Wyman, and Taylor for Keith to get his act together.

Of course, there were plenty of drugs, women, and whatnot to while away the days in the meantime. If that wasn’t enough of a distraction, cartons of albums yet to be released on either side of the Atlantic were delivered to the villa daily. Keith, Greenfield reports, was particularly enamored of a reggae tune called “Funky Jamaica” by the JA Horns, playing it over and over—though Internet searches do not yield details of any record by that title by that artist. Can anyone out there help? 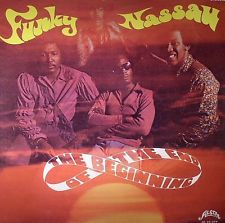 Maybe the record Keith Richards heard was actually “Funky Nassau,” a hit for the Bahamas band the Beginning of the End in 1971.

Knowing Richards’s role as lord of the manor extended even to control of the turntable, Greenfield had to wait until everyone else had turned in to “put James Taylor’s Mud Slide Slim and the Blue Horizon on the stereo without being laughed at.” Richards barged in nonetheless to pick up his young son’s toys, “shooting me a cynical look that left no doubt as to what he thought of my current musical selection.”

And now a final Keith story, actually from 1973, in the book’s last section: in mid-1973, he got in trouble with the British authorities on drug charges and over possession of unlicensed firearms and ammunition. He and Pallenberg got off with a £250 fine, but on the day of the trial Mick Jagger told engineer Andy Johns, “I think Keith’s going down. But it’s all right. I’ve got Jesse Ed Davis with his bags packed in L.A. He can be on the next plane.” We all know some of the near-misses of guitarists who almost got to be in the Rolling Stones, like Wayne Perkins and Harvey Mandel; here’s another one, even if it might have only been a temporary replacement to fulfill tour obligations.

For all his bumbling, Greenfield did get a lot out of his time with the Stones. Not just three books, but also one of the longest, best interviews with a classic rocker ever conducted. That’s the one he did with Richards in 1971, which was so mammoth it takes up no less than 75 pages in the 1973 anthology The Rolling Stone Interviews Vol. 2. (Read it online here.) For that, Greenfield should be grateful, as it built much of the foundation for his career as an author. And for that interview, we should be grateful, as it provides the deepest first-hand insight by any of the Stones on their first and best decade. 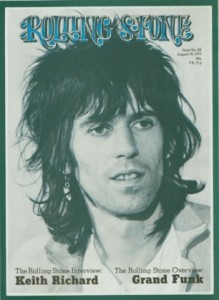 Robert Greenfield’s massive 1971 interview with Keith Richards in his French villa was a cover story for Rolling Stone.